SCHOOLCLOSE
Explore this page to learn about our faculty, class schedule, tuition and more. 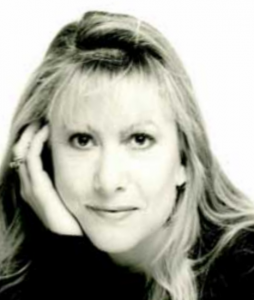 Susan Chowning trained at the North Carolina School of the Arts in Winston-Salem, NC. Upon graduation, she continued as a scholarship student with the Harkness Ballet of New York.

As a professional dancer, Ms. Chowning danced various principal roles including Sugar Plum Fairy in The Nutcracker, Juliet in Romeo and Juliet, and Belle in Beauty and the Beast.

Ms. Chowning has an extensive background in teaching dance from pre-school to professional levels. Prior to joining American Midwest Ballet as School Director, she owned and operated Motion41 Dance for 10 years. Ms. Chowning has devoted her talents and experience to providing knowledgeable, professional dance instruction for over 30 years. She is dedicated to sharing the excitement and joy of dance with American Midwest Ballet students. 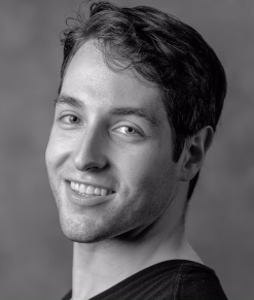 Ryan hails from Golden, CO and spent his early years as an athlete before attending Red Rocks Community College where he first started to dance. Ryan trained on full scholarship at International Youth Ballet School and attended summer intensives at the Performing Arts Conservatory of Texas.

At American Midwest Ballet, Ryan performed numerous leading and featured roles in productions such as The Nutcracker, Paquita, A Midsummer Night’s Dream, Giselle, and Swan Lake, as well as modern and original works.

Ryan also danced professionally with Ballet Ariel, Boulder Ballet and Ballet Vero Beach, and has appeared as a guest artist throughout Colorado and many other places in the U.S. Ryan is a also professional costume and prop designer. 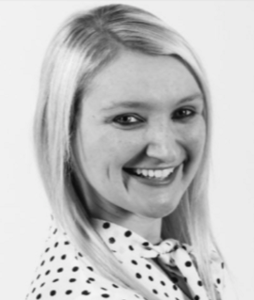 Asiha Eona is a creative movement and Kinderdance instructor at AMB School.

Born and raised in Bellevue NE, Asiha began ballet training at age three and started competing at regional and national levels by age eight.  She graduated from the University of Nebraska Omaha in 2014 with a degree in Accounting and Finance and has continued to teach dance since graduation. 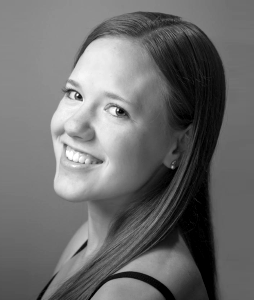 Kristin began her dance training at age three under the guidance of teacher and mentor, Julie McFarland. Kristin earned a B.F.A. in ballet from University of Utah in 2007.

Upon graduation, Kristin moved to Omaha to dance as an apprentice at Omaha Theater Ballet where she taught dance classes and assisted in costume construction. Kristin also appeared in performances with American Midwest Ballet in its inaugural season.

Having taught for nine years at Motion41 Dance, Kristin is an accomplished teacher of ballet, tap, jazz and lyrical dance at all age levels. 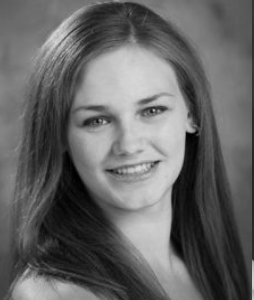 An Omaha native, Claire began her dance training at Omaha Theater Ballet School and trained summers at Pacific Northwest Ballet, Ballet Austin, and Banff Summer Arts Festival. She holds a B.S. from the University of Nebraska at Omaha.

A founding member of American Midwest Ballet, Claire has performed the title role in Cleopatra, Helena in A Midsummer Night’s Dream, Dew Drop Fairy and Rat Queen in The Nutcracker. She has performed works from esteemed choreographers including George Balanchine and August Bournonville.

In addition to AMB, Claire also danced with Omaha Theater Ballet and Ballet Vero Beach, and appeared in productions with Opera Omaha and Omaha Symphony.

Claire has taught ballet, jazz, contemporary, and tap throughout Omaha and Lincoln. 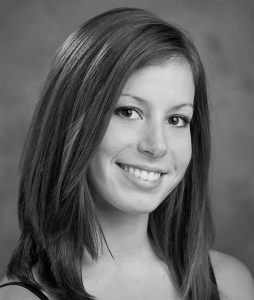 While dancing at American Midwest Ballet under its former name Ballet Nebraska, Natasha performed lead roles in A Midsummer Night’s Dream,  Dracula, The Nutcracker, Snow White and Cleopatra.  She danced professionally at Omaha Theater Ballet, appeared on So You Think You Can Dance, and performed dance roles in Opera Omaha productions.

Natasha retired from dancing to start her family. Her passion is teaching the next generation of dancers and spreading her love of dance. 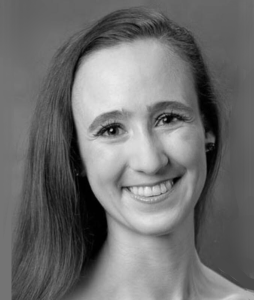 Since joining American Midwest Ballet in 2015, Alexandra has performed leading and featured roles in The Nutcracker, Death and the Maiden, A Midsummer Night’s Dream, The Wizard of Oz, and Swan Lake. She was previously a trainee at Louisville Ballet, and has taught throughout her career 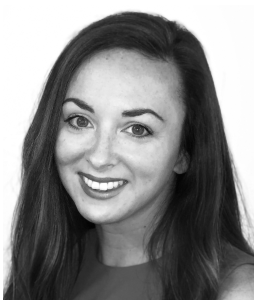 Katherine began her dance training at Creative Arts Guild and its pre-professional student performing company, Ballet Dalton. Katharine holds a B.A. from Georgia State University where she led the Pantherettes Dance Team as captain. She danced for as a professional cheerleader for the National Football League’s Atlanta Falcons for two seasons before moving with her pilot husband to Columbus A.F.B. After a transfer to Offutt A.F.B. in 2014, Katharine and family now make their home in Papillion.

Katharine background is in ballet, jazz, pointe, modern, contemporary, hip hop, and musical theater. She has also choreographed for competition dance teams in the Omaha area. 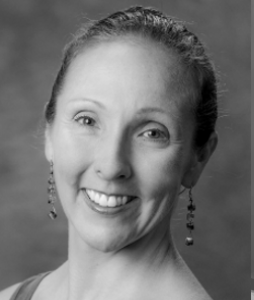 Judith Leppek is a ballet and pointe instructor at AMB School. She also serves as a company teacher at American Midwest Ballet.

She trained with Irene Fokine in New Jersey, and later at School of Hartford Ballet in Connecticut.

Judith danced professionally at Hartford Ballet for Michael Uthoff, and at Ballet Arizona under both Uthoff and Ib Andersen. During her career, Judith toured in the U.S., Central America and South America. She danced numerous principal and soloist roles in productions such as The Nutcracker, Giselle and Swan Lake; George Balanchine’s Serenade, Four Temperaments, and Concerto Barocco; and works by Pilobolous, Momix, Paul Taylor, Dwight Rhoden, Anthony Tudor, Peter Martins, and Kurt Yoos. 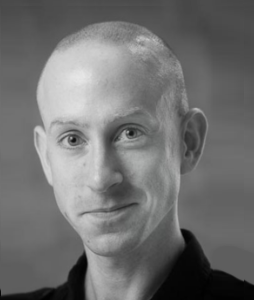 Matthew Lovegood is an artist and ballet master at American Midwest Ballet. He serves as director of AMB Jr. Company and co-directs Repertory Ensemble.

As an instructor, Matthew has served on faculty at Chautauqua Regional Youth Ballet, Lake Erie Ballet School, Omaha Theater Ballet School, True Dance Academy, and Motion41 Dance. He has been a guest instructor at schools throughout the United States including Mercyhurst University Dance Department, Walnut Hill School for the Arts, Brandon Ballet, Connally Dance Workshop, and many others. 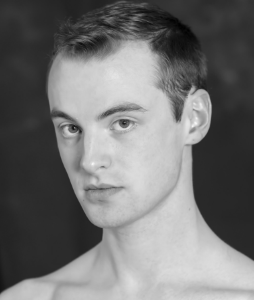 Cameron started his ballet training at age ten at Kansas City Ballet School on scholarship. He graduated from University of Missouri-Kansas City Conservatory of Music and Dance with a  B.F.A. in dance performance and choreography with emphasis in ballet and modern dance.

Cameron has taught at various ballet/competition schools in Omaha and Kansas City. He has also choreographed works for dance schools and at university. 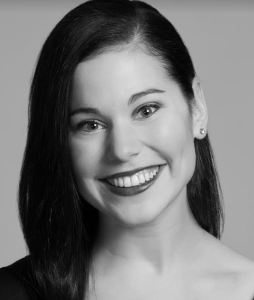 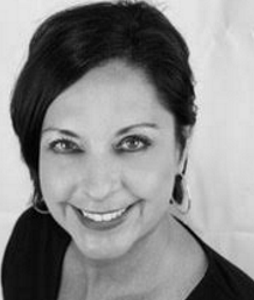 Denver native Jacque Robinson is a tap and jazz instructor at AMB School with over four decades of combined performing and teaching experience.

With a dance career that began in 1976, Jacque earned membership in Actors’ Equity Association at the age of nine. She trained in tap with such greats as Gregory Hines, Al Gilbert, Jason Samuels Smith, Chloe Arnold, Avi Miller and Ofer Ben, Harold “Stumpy” Cromer, Germaine Salsberg, Robert Reed, Tony Coppola, Patrick Roddy and Roxanne Nielsen. Her professional experience includes Annie, The King and I, Fiddler on the Roof, Grease, and many more.

After moving to the Midwest in 2001, Jacque taught dance and musical theater in Omaha, eventually opening her own studio. Jacque taught for many years at Motion41 Dance and other studios throughout the community. She has also taught at tap festivals in New York, Missouri, Colorado and Nebraska.

Jacque is also an accomplished jazz dancer and instructor with training from Gus Giordano and Cleo Parker Robinson. She has also attended teacher training seminars at Alvin Ailey, Joffrey Ballet, Traditions in Tap, and Finis Jhung in New York City. 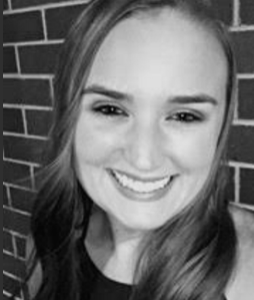 Tiffany Rocz is a jazz and Pilates instructor at AMB School. She previously served as a lead choreographer / instructor for the competition team at Motion41 Dance.

An award-winning choreographer at the regional and national level, Tiffany started teaching and choreographing competition routines at the young age of 13.  Tiffany is technically trained in ballet, tap, jazz, contemporary, musical theater, hip hop, and pom. She has studied under world-renowned choreographers and dance instructors in a variety of styles.

With over 12 years experience as a teacher and choreographer, Tiffany works with dancers of all ages as an instructor, motivator and  mentor. Tiffany continues her own dance education by regularly taking classes at The Edge Performing Arts Center in Los Angeles California, and Broadway Dance Center in New York City. Her exposure to multiple styles, techniques, and dance environments has helped her become a well-rounded professional in the dance industry. 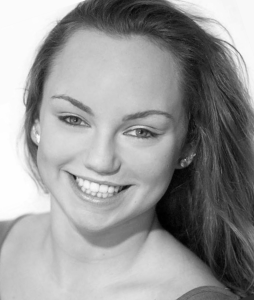 After training at Louisville Ballet School. Halle earned a B.F.A. and M.S. at Shenandoah University.

In 2018, Halle moved to Omaha’s Offutt A.F.B. with her fiancé.  She has set concert dance and competitive works in the greater Omaha and Lincoln area, and teaches modern/contemporary/improv company class at American Midwest Ballet. 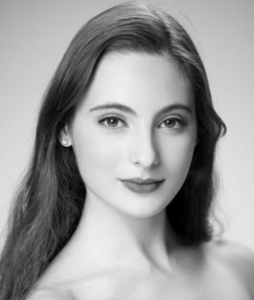 Katerina began dancing at her grandmother’s studio in New York at age three. She continued her training in Vero Beach, FL in both RAD and Vaganova methods.

Katerina studied at Gelsey Kirkland Ballet Academy (GKA) while concurrently earning her high school diploma and an A.A. from Indian River State College. At GKA, she trained under legendary ballerina Gelsey Kirkland and other renowned teachers. Katerina joined American Midwest Ballet in 2017 after one year at GKA’s studio company. She previously taught at Motion41 Dance and other studios throughout the area. 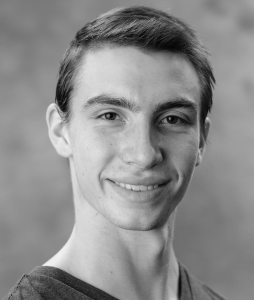 At American Midwest Ballet, Anders has danced lead roles in The Nutcracker, Rhapsody in Blue, and The Wizard of Oz.

Anders has worked with acclaimed outreach programs such as Milwaukee Ballet’s Tour de Force and has taught at studios in the Omaha area. 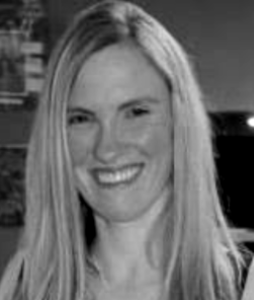 Julie Stanfill is a Dance with Me and Kinderdance instructor at AMB School.

Julie has thirty years of experience in dance and musical theater. She has performed in productions of Anything Goes, Children of Eden, and multiple dance team productions. She has also choreographed productions with casts of all age levels from small children to adults.

Julie enjoys teaching at the preschool and kindergarten levels in order to build a strong dance foundation in her students while instilling the importance of having fun while dancing. 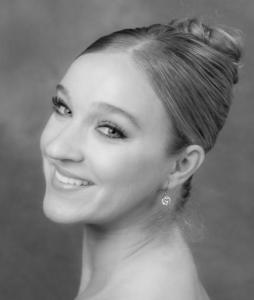 Katie van der Mars is a ballet and pointe instructor at AMB School. She trained at Corvallis Academy of Ballet and holds a B.F.A. in ballet performance from the University of Utah.

A professional dancer at American Midwest Ballet since 2012, Katie has performed lead roles including Titania in A Midsummer Night’s Dream, Sugar Plum Fairy and Snow Queen in The Nutcracker, the principal female role in George Balanchine’s Valse Fantaisie, and the Princess Florine and Bluebird pas de deux from The Sleeping Beauty.

The AMB School offers classes in the following genres:

Ballet –Ballet is the foundation of dance. Each level will progress in classical ballet technique and terminology, developing athleticism and grace.

Jazz – Explore the vocabulary and technique of jazz, including isolations, grounded movement, contractions, and syncopation.

Lyrical – Interpret the emotions of music through movement based in ballet and jazz technique.

Pas de Deux – Dancers learn the coordination and mechanics required to harmoniously dance as a pair.

American Midwest Ballet School is pleased to offer a limited number of scholarships to registered students.

For financial aid forms, please email us at school@amballet.org.

Financial aid forms must be completed by Sept. 30, 2019 for consideration.