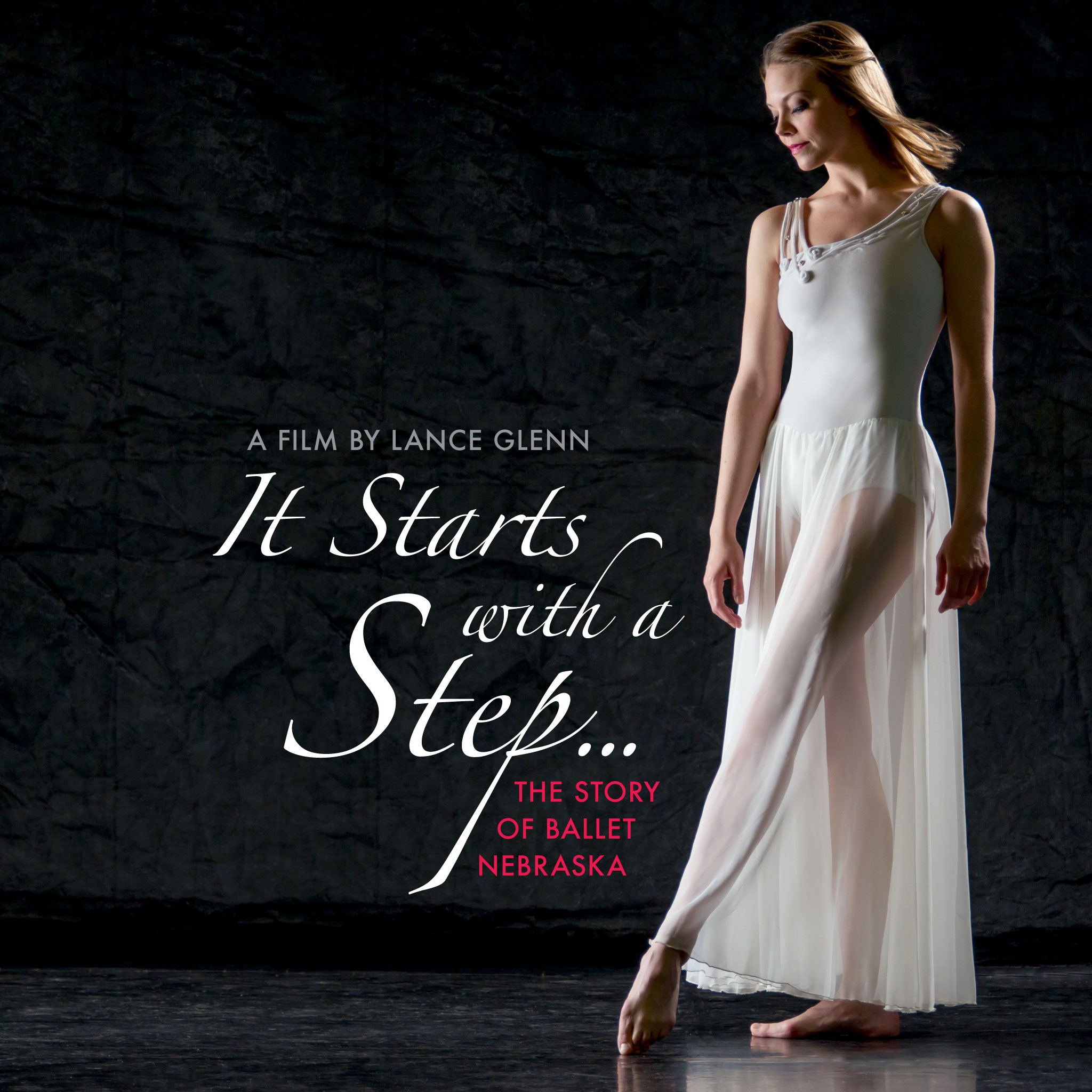 The 7 p.m. film screening sponsored by Aksarben Cinema is free to the public. Online reservations are required by April 13 for complimentary admission to the event, which includes the screening, a question-and-answer session with the filmmaker and dancers, and a post-show reception with light desserts.
Erika Overturff, American Midwest Ballet’s founder and artistic director, said the film brought back memories. A dancer with the Omaha Theater Ballet when it folded abruptly in spring 2010, Overturff immediately plunged into the work needed to launch a new company to continue professional ballet in Omaha.
“It went by so fast that there wasn’t time to reflect,” she said. “Lance’s film gives us a chance to see that time in perspective.”
Glenn had never even been to a ballet when he came on as a stage manager. What he saw from the wings, he said, immediately stirred his documentary instincts.
See the trailer for the Lance Glenn film It Starts with A Step
“To me, ballet was a whole new world,” said Glenn. “I wanted to make a film that would show the public all the work that goes into it. Then, with the start of a completely new company, I thought — how cool would it be to tell this story from the very beginning!”
His position as production manager for the new ballet company gave him a unique perspective, he recalled, but it also made filming the experience a challenge.
“We were trying to put on the show and make the film,” he said. “I don’t know how we did it.”  The subsequent work to turn his initial footage into a finished film also was a challenge, he said; editing alone took a full year. But the result, he said, was worth the effort.
“When you think about how everybody banded together to make American Midwest Ballet happen, it’s amazing,” Glenn said. “It’s neat to go back and see that we lived it. That group of people was pretty special.”