OMAHA –  Aug., 28, 2014  –  Master répétiteur and teacher Paul Boos was in Omaha last week staging Valse-Fantaisie, a work choreographed by twentieth-century master, George Balanchine. Set to the music of Mikhail Glinka, Russia’s first national composer, Valse-Fantaisie features beautiful ballerinas attended by a male dancer, moving together in a whirl of perpetual motion.
“We are grateful to Mr. Boos for his work with our company,” says American Midwest Ballet’s artistic director Erika Overturff. “Learning this brilliant work from someone who trained so closely with Mr. Balanchine is an honor.”  Boos staged choreography on the company and also taught a few classes during the week. 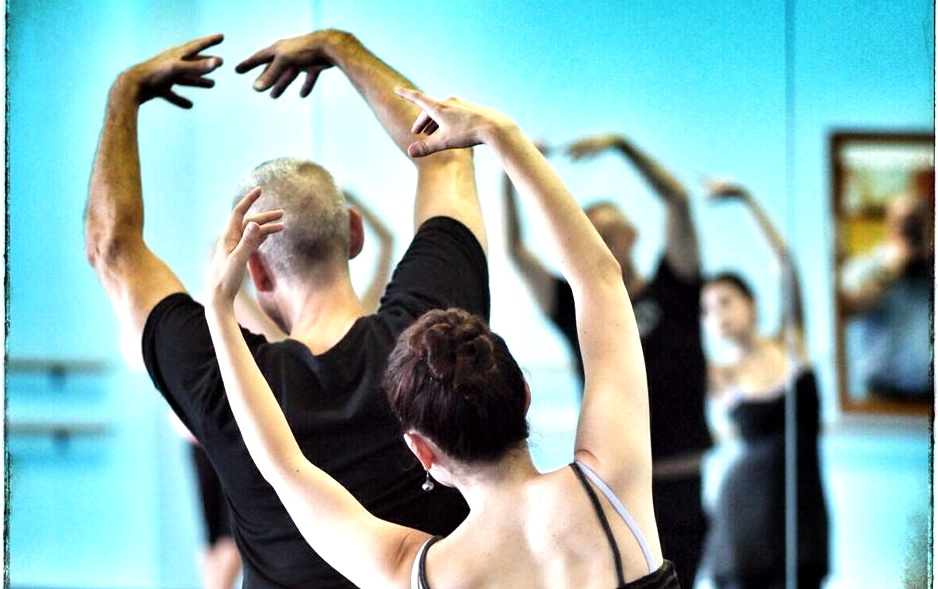 It was as a student at School of American Ballet (SAB) that Boos developed an intimate understanding of the connection between music and movement while working extensively with both George Balanchine and Jerome Robbins.  After dancing lead roles in Balanchine’s Symphony in C and Robbins’ Dances at a Gathering as part of the SAB workshop, Boos was asked to join New York City Ballet at the age of 18 . Boos danced with the famed ballet company for 13 years before launching into the international scene as a guest teacher, initially with the Royal Danish Ballet.   Boos was entrusted by The George Balanchine Trust to become a sanctioned répétiteur in 1992. Since then, he has staged ballets all over the world, including Paris Opera Ballet, Bolshoi, Mariinsky, La Scala and Joffrey, among many others.
Valse-Fantaisie is among the featured performances in American Midwest Ballet’s award winning mixed-repertory production, Momentum, set to hit stages this spring.
“We will perform Momentum at Witherspoon Hall at Joslyn Art Museum on May 1, and again at Arts Center at Iowa Western on May 3,” says Overturff. “We will also take Balanchine’s magnificent work on tour to Florida this January as we perform at Ballet Vero Beach’s production, Sixes and Sevens.”
Season tickets for American Midwest Ballet’s mainstage performances are on sale now through Sept. 1.