OMAHA — December 2, 2015 — The elegant, energetic and effervescent Erin Alarcón takes the stage for her second time around as Sugar Plum Fairy in American Midwest Ballet’s The Nutcracker at the Orpheum Theater this weekend. 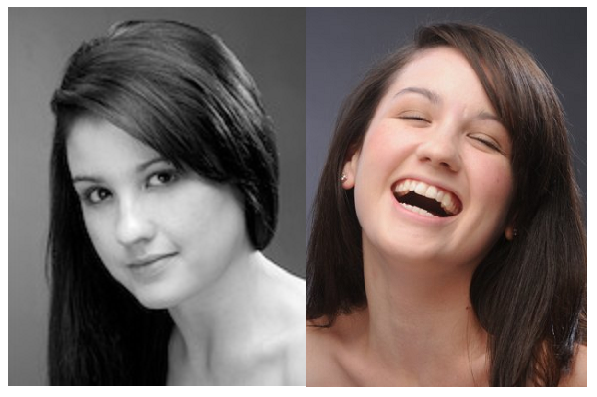 In between the two-a-day rehearsals, company classes on stage, and six upcoming shows — three school shows and three public performances — Erin indulged our whim for some frothy conversation with the reigning Sugar Plum.
What would people be surprised to know about you?
When I was a little girl I wanted to be a firefighter. They came to my school to do a lesson on fire safety and I was enamored. 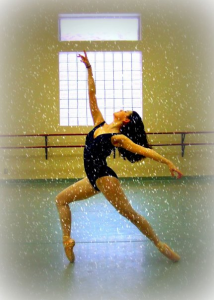 Who inspired you to dance? Peter Pan! I wore out both my VHS tapes — the Disney version and the one with Mary Martin — due to constantly watching and reenacting the scenes. It is still one of my dream roles as a dancer!
How would someone else describe you?
I asked my husband Nate to describe me in three words. He said “creative, generous and spontaneous.” I think if he had more than three words,  he would say I have a lot of energy ALL the time — and too much of it in the morning!
Who would you like to have a conversation with?
My grandmother Mimi passed away eight years ago. She was one of my favorite people and biggest supporters. I would love to sit down at her kitchen counter again to play cards like we used to. If I could have a conversation with her again, we would talk about nothing special — just see where the conversation goes.

Which six people (living or not, real or fictional) would you invite to dinner? 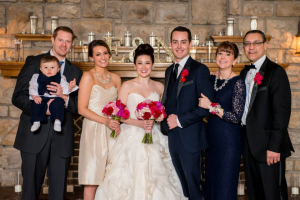 My family — my mom, dad, sister, brother-in-law, nephew and my husband. We don’t get to see them too often since they live in New Jersey,  but when we do it is always the best!

More importantly, what would you serve?
If it were up to me, I would serve a butternut squash sweet potato risotto. [Aside: Erin is vegetarian.] That probably wouldn’t make the rest of my meat-eating family too happy, so I would ask my dad to make something for them to eat, too.
How do you prepare in the hours before a show?
Hours beforehand, I always have a grilled cheese sandwich. It is something my mother would make for me before performances and the tradition has stuck! In the minutes beforehand, I always consider the many artists who have graced the stage before me — every one of them giving so much of themselves for the audience and the art. I try to draw in some of that energy and always honor it by giving a little part of myself back every time I perform.
Tickets for American Midwest Ballet’s The Nutcracker are on sale now.