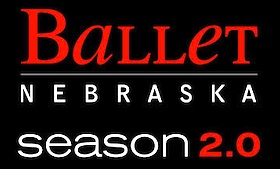 The horror classic ‘Dracula’, a fresh take on the family favorite’The Nutcracker’, a new ballet set in ancient Egypt, and a tongue-in-cheek look at sports will be among the highlights of American Midwest Ballet’s 2011-12 season opening this fall, artistic director Erika Overturff said.
“I’ve chosen these ballets to build on what our audiences told us they loved about our debut season,” Overturff said. “We see ballet as a beautiful classical art, a great way of telling stories, and an exciting showcase for peak athletic performance. The works on our new season use all of these strengths in different ways.”

Dracula – Omaha’s Orpheum Theater, October 28, 2011: Created by choreographer Winthrop Corey, this ballet combines the chills of Bram Stoker’s classic horror novel with a visually rich, fast-paced story that moves through such settings as an intimidating Transylvanian castle and an opulent Venetian masked ball, Overturff said. Corey uses ballet’s dramatic power, she said, to portray the vampire count not simply as a monster, but as a complex character with depth and surprising poignancy.

The Nutcracker – IWCC Arts Center, December 2, 2011, and Omaha Music Hall, December 4, 2011: Overturff created this new version of the family-favorite holiday ballet in December 2010 for a production in Spirit Lake, Iowa. She said her goals were to keep the story lively, fast-paced and entertaining, with careful attention to clear storytelling. The resulting production at Spirit Lake’s Sami Bedell Center for Performing Arts broke an attendance record that had stood since the center opened.

Also featured on the Momentum program will be Harrison McEldowney’s DanceSport, which Overtufff described as a witty look at the intersection of sports and dance, complete with uniforms, referees, and play-by-play commentary.

“Harrison is the choreographer who created our premiere production, Swing, Swing, Swing!, and we love performing his work,” Overturff said. “DanceSport is both really funny, and a great showcase for how fabulously athletic American Midwest Ballet’s dancers are.”